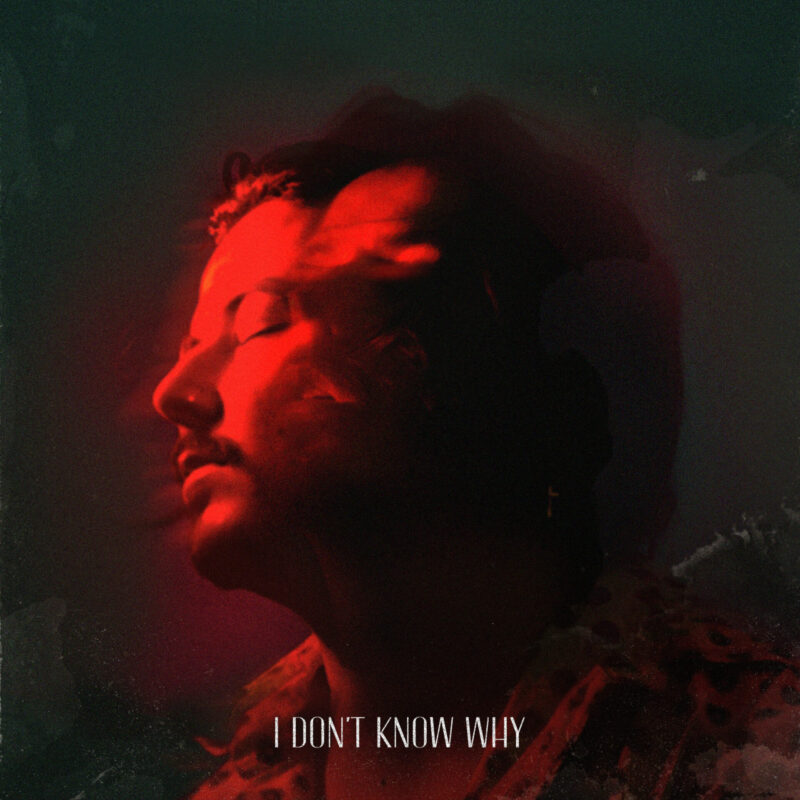 German electronic producer and multi-instrumentalist AVAION peels away at raw emotion with his new single ‘I Don’t Know Why’. Through an expressive and compelling release of inner feelings, the emerging composer has crafted a song of profound personal reflection that is likely to resonate with its listeners.

The track begins in a pensive mood, with a ticking percussion that sets the melancholy tone, which has become a trademark of AVAION’s sound. ‘I Don’t Know Why’ composition progresses with an absorbing detuned, retro synth lead. A softly positioned female backing vocal in the main breakdown accompanies AVAION’s vocal lead before returning to the familiar low slung groove underpinning all of AVAION’s recent output, being both introspective yet danceable. This latest single further displays AVAION’s unique talent to heighten the atmospheric range of his music yet retain his trademark minimalistic approach – stressing once again his ability to draw soaring melancholic feelings from sparse instrumentation.

“Honesty, honestly it takes it outta me

They say the truth will set you free

I don’t know why

Analyzing the song’s creation and meaning, AVAION says: “On a personal level, I wanted to bridge something that was halfway between an apology poem and a therapeutic release. ‘I Don’t Know Why’ reflects the mood when you’ve lied to a beloved person and extremely regret it. I know this feeling from a personal experience, and this song helps me to cope with it. So it’s a piece of me, so much so, I was a bit unsure whether I’d be comfortable releasing it as a single. Because a large degree of emotion went into this track.”

AVAION has chosen to carve his path in the electronic music space, not content to copy or imitate, focusing on conveying his art on his terms. With over 26.7 million streams, 7 million YouTube views, several Spotify Top 100 lists and placing in the Top 50 Apple Music Charts in 8 countries, AVAION’s musical output is proving to be welcomed and supported by receptive audiences around the world. His platinum single ‘Pieces’ is one shining example of the unbridled success AVAION is witnessing in this early stage of his career. Through frequent streaming Jam Sessions on his social channels, AVAION continues to give fans an insight into his creative process, which in turn has created an intimate relationship between him and his growing fanbase.

The personal and reflective energy of ‘I Don’t Know Why’ is out now via Sony Music.